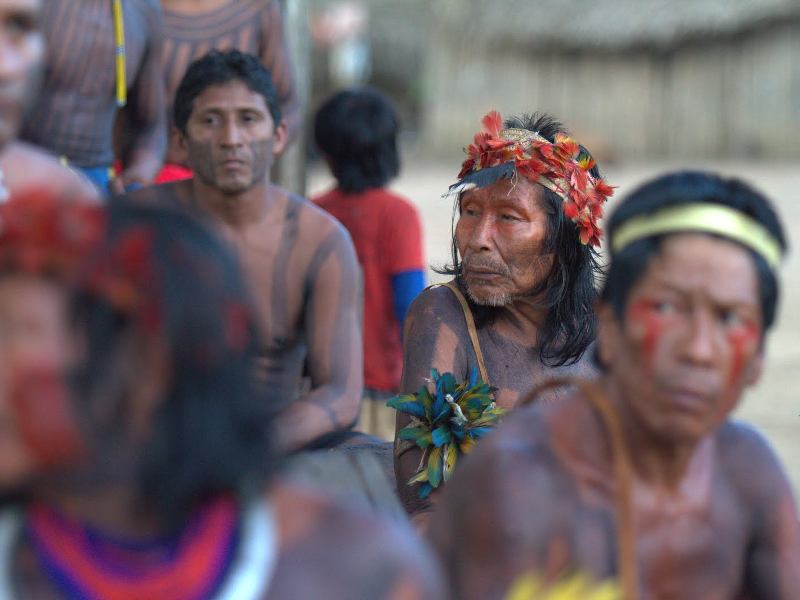 In a powerful victory for indigenous rights in Brazil last week, the Toronto-based company Belo Sun Mining had its license to drill revoked by a federal court, dealing a significant setback to its efforts to gouge a mega-mine into the banks of the Amazon’s Xingu River.

In the unanimous ruling, the court cited Belo Sun’s failure to uphold the right of local indigenous communities to prior consultation on the project’s complex social and environmental impacts, which would compound the destruction already wrought by the adjacent Belo Monte hydroelectric dam. It also ordered the company to carry out an “Indigenous Component Study” to measure the project’s specific impacts on indigenous communities and territories, stating that a new licensing process will not be considered until Belo Sun has undertaken all of these measures.

Last week’s victory is especially notable in a region already reeling from the devastation of Belo Monte, a mega-project that steamrolled human rights, environmental protections, and the rule of law to drive a wall of concrete across the mighty Xingu River. As Belo Sun’s “Volta Grande” gold mine appeared set to follow Belo Monte’s notorious path of rampant illegality and corruption, the determined efforts of local indigenous peoples, Brazilian federal prosecutors, and NGO allies have thrown up a formidable roadblock to the multibillion-dollar project.

This ruling is a rare instance of justice for the indigenous peoples of the Lower Xingu River, who suffered immeasurably during and after the construction of the Belo Monte dam, as their forests were razed, the river’s once-abundant fish disappeared, and their communities suffered what one prosecutor terms “ethnocide.” Given the dam’s impacts on local peoples and their ecosystem, it is essential that Belo Sun continue to be held to the highest levels of accountability by Brazil’s judiciary.

The court’s decision is also highly notable for setting a new legal precedent. By ordering Belo Sun to conduct a consultation adhering to a culturally-appropriate protocol defined by the Juruna indigenous people, the company is now obliged to follow a rigorous framework that will considerably complicate its plans. These are precisely the norms – enshrined by ILO Convention 169, to which Brazil is a signatory – that Belo Monte’s proponents were infamously allowed to sidestep by the Brazilian government.

“We do not accept any project that distances us from the Xingu River or undermines our ability to stay by the river,” reads the Juruna protocol. “We were not consulted for the construction of the Belo Monte dam, which redirected the Xingu from our land to use its waters for the production of energy.” 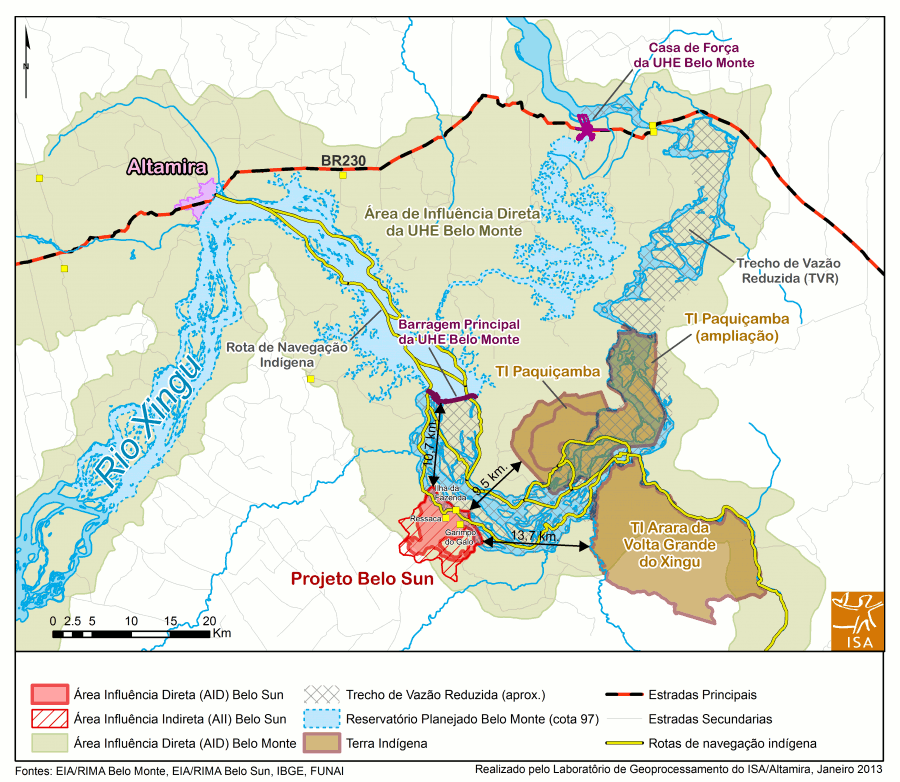 The Juruna’s concern with the health of the Xingu’s waters following construction of Belo Monte are clear. With only twenty percent of the river’s original flow trickling past the dam’s main wall as it redirects 80 percent of its water into an artificial canal leading to its powerhouse, communities living downstream cannot bear the imposition of another mega-project, especially one that would become the largest open-pit gold mine in Brazil. With the grim precedent of the 2015 Mariana mine disaster in mind, the Juruna are duly demanding their right to to be fully informed about Belo Sun’s highly questionable designs and have the final say as to whether the mine gets government approval.

In an apparent attempt to mimic the criminal acts behind the Belo Monte dam’s contruction, Belo Sun has tried every unscrupulous maneuver possible to avoid its responsibility to consult the peoples threatened by the mine. These include its failure to cite the mine’s influence on indigenous peoples and their lands in its Environmental Impact Assessment (EIA), which examines the project’s anticipated environmental effects. For this reason, the court order to conduct and include a laborious “Indigenous Component Study” as part of the EIA imposes a new, necessary layer of accountability on the Canadian company, considerably complicating its goal of fast-tracked environmental licensing. Indeed, such legal roadblocks – and a set of additional lawsuits on human rights and land tenure issues waiting in the wings – threaten to undermine Belo Sun to the extent that the company may be forced to abandon its ill-gotten mining concession altogether.

As Brazil experiences its most severe economic and political crisis in a generation, human rights and environmental protections are increasingly paying a particularly crushing price. Within this context, last week’s decision to revoke Belo Sun’s license to foist a mega-mine on the Amazon is particularly notable and heartening. It demonstrates that in the darkest of times the determined and concerted resistance of indigenous peoples and their allies can turn the tables on prevailing injustice. As such, this victory should be savored and inspire others in their parallel struggles for rights and ecological sanity.