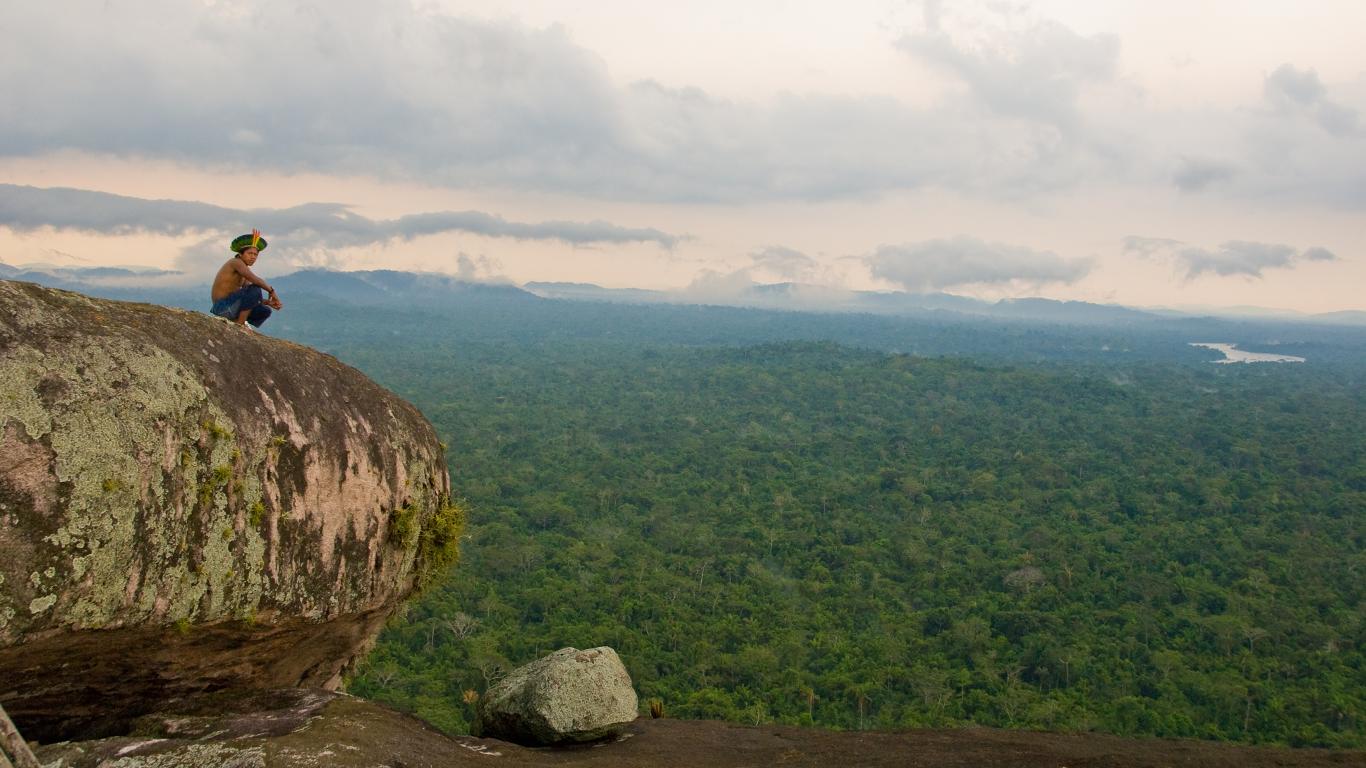 Protecting the Amazon and our climate by supporting Indigenous peoples

Since 1996, Amazon Watch has protected the rainforest and advanced the rights of Indigenous peoples in the Amazon Basin. We partner with Indigenous and environmental organizations in campaigns for human rights, corporate accountability, and the preservation of the Amazon’s ecological systems.

Our work is focused on three main priorities:

Amazon Watch resists the destruction of the Amazon by challenging disastrous development projects that threaten Indigenous peoples and their ancestral territories.

The Amazon is the world’s largest terrestrial carbon sink and plays a critical role in regulating the global climate. Yet this global treasure is at great risk – already more than 20% has been deforested, and new fossil fuel extraction, mining, large-scale hydroelectric dams, and highways cause even greater deforestation and run roughshod over Indigenous people’s rights and territories. Amazon Watch protects millions of acres of rainforest every year by partnering with Indigenous peoples – the best stewards of the forest – to directly challenge the corporate and government powers that threaten the Amazon and our climate.

The knowledge, cultures, and traditional practices of our Indigenous partners contribute greatly to sustainable and equitable stewardship of the Amazon and all of Mother Earth. Amazon Watch promotes these Indigenous-led solutions, such as green development and autonomous solar power, and expands capacity for Indigenous leaders, especially women, to maintain their autonomy and sovereignty for the stewardship of their ancestral territories.

Amazon Watch joins with the climate justice movement to address the fact that the most vulnerable – especially Indigenous people and people of color – bear the brunt of environmental destruction, corporate greed, and climate change and are often excluded from top-down solutions.

Addressing climate change and environmental destruction must also redress past harm, bring bad actors to justice, support activists who put their lives on the line, and build solidarity. Amazon Watch holds governments and corporations accountable, defends Earth Defenders against threats and attacks, holds open the doors of the international stage for our Indigenous partners, supports bonds of solidarity between Indigenous peoples, and channels outside support for our Indigenous partners.