Washington, DC – On October 15, 2020 at 7:00 pm EDT, the Institute for Policy Studies will host the annual Letelier-Moffit Human Rights Awards to commemorate the 44th anniversary of the assassination of late IPS colleagues Orlando Letelier and Ronni Karpen Moffitt and to honor two heroic organizations, one domestic and one international, who each provide hope during challenging times through their brave work to advance human rights.

Representatives Pramila Jayapal and Ilhan Omar will present the domestic award to the Awood Center, a worker-led organization that mobilizes and empowers the next generation of leaders in Minnesota’s diverse East African communities to organize to improve the economic and political life of Minnesota communities and all working people.

Renowned author and activist Naomi Klein will present the international award to the Associação dos Povos Indígenas do Brasil or The Association of Brazil’s Indigenous Peoples (APIB), which is dedicated to unifying and mobilizing the Indigenous peoples of Brazil in a movement to defend and advance Indigenous rights.

Nigerian Hip-Hop/R&B artist MannyWellz will also perform during the virtual awards ceremony, which is open to the press.

Letelier and Moffitt were murdered by a car bomb set by agents of Chilean dictator Augusto Pinochet as they drove down Washington, DC’s Embassy Row on September 21, 1976. Letelier, a former Chilean ambassador to the United States, had become one of the most outspoken critics of the Pinochet regime. Moffitt was a 25-year-old IPS development associate. For more than four decades, IPS has held an awards program in their names to lift up new champions of human rights.

To RSVP to attend the event as press, reach out directly to Olivia Alperstein at olivia@ips-dc.org or (202) 704-9011 to confirm press details and to connect with spokespeople for the domestic and international awardees for a comment or interview.

International awardee Associação dos Povos Indígenas do Brasil or The Association of Brazil’s Indigenous Peoples (APIB) is a collective movement of indigenous populations across Brazil. Brazil President Jair Bolsonaro’s politics are threatening to the well-being of Brazil’s Indigenous, Afro-descendant, women and LGBTQ+ population, in addition to the health of the Amazon Rainforest and the planet. APIB represents the strongest Indigenous political force in Brazil today. APIB organizes the annual Acampamento Terra Livre (Free Land Settlement) that brings together thousands of Indigenous people in Brasilia to support local and regional movements and strengthen the voice of the Indigenous populations in Brazil. APIB also works to consistently pressure the government to uphold the constitution and Indigenous rights.

The Awood Center, the domestic awardee, derives its name from “awood,” the Somali word for power. Since its founding in 2017, the Awood Center has become a pillar of the East African refugee community. It is based in the Minneapolis/St. Paul area of Minnesota and is composed of black, immigrant and refugee Muslim workers. The Awood Center has demonstrated the ability of a community to generate power when educated, organized, and mobilized effectively in support of a cause, fighting against discriminatory practices against Muslims and abusive working conditions. The Awood Center has become the first and only organization to win direct concessions from Amazon. Empowered by a competitive labor market and a close-knit community, the Awood Center continues to fight discriminatory practices by Amazon and to defend workers’ rights.

“Both of these outstanding groups are under attack from enemies of basic rights, and both face a multitude of new challenges in the pandemic. We ask everyone in the broader human rights communities to join in the defense of the Awood Center in Minnesota and APIB in Brazil,” said John Cavanagh, Director of the Institute for Policy Studies.

“APIB is the Association of Brazil’s Indigenous Peoples that unites the struggle of the indigenous peoples that are the roots of this country. With the strength of our ancestors, APIB has fought for over 15 years for Indigenous rights in all regions of Brazil,” said Sônia Guajajara, Executive Coordinator of APIB. “We work for an inclusive culture and for indigenous public health in the struggle to protect nature. Our resistance continues after 500 years and we will continue to work tirelessly for justice. We are honored to be recognized by the Institute for Policy Studies for our work to protect Brazil and its Indigenous peoples from environmental and cultural destruction. Our struggle, by extension, is for all the people who live on this planet during this time of climate crisis.”

“We believe every person in Minnesota, no matter their race, where they work or what they do, deserves to have safe working conditions and be taken care of if they are hurt at work. Yet that isn’t the reality for the workers who deliver Amazon packages in Minnesota,” said Abdi Muse, Executive Director of the Awood Center. “Amidst the pandemic of COVID-19, the workers are receiving unfair treatment and write-ups, with their health being at risk, not getting enough support and treatment while constantly worrying about the exposure to a co-worker who might have gotten the virus, getting entrenched between work and health: the dilemma between having to earn money to pay rent and support their family and the risk of bringing the virus home to their family. For everyone who is fighting for human beings all over the world, we might be on different platforms and in different parts of the world, but remember that we are fighting one fight, for justice and human rights.”

About the Letelier-Moffitt Human Rights Awards

The Letelier-Moffitt Human Rights Awards were founded to recognize individuals and groups here and abroad who, like the late Orlando Letelier and Ronni Karpen Moffitt, dedicate their lives and careers to the struggle for human rights and to advancing justice, peace, and dignity for all. Read more about the history and the legacy of human rights work at the Institute for Policy Studies at ips-dc.org. 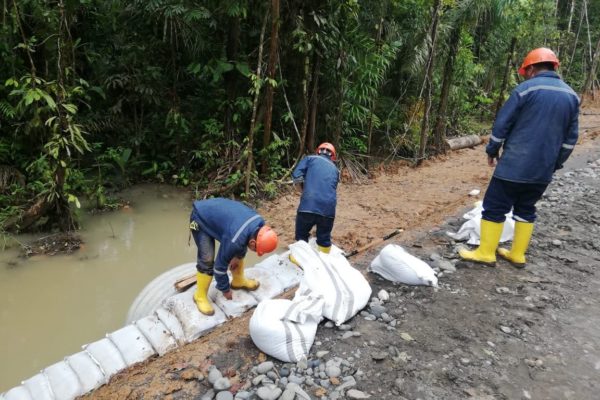