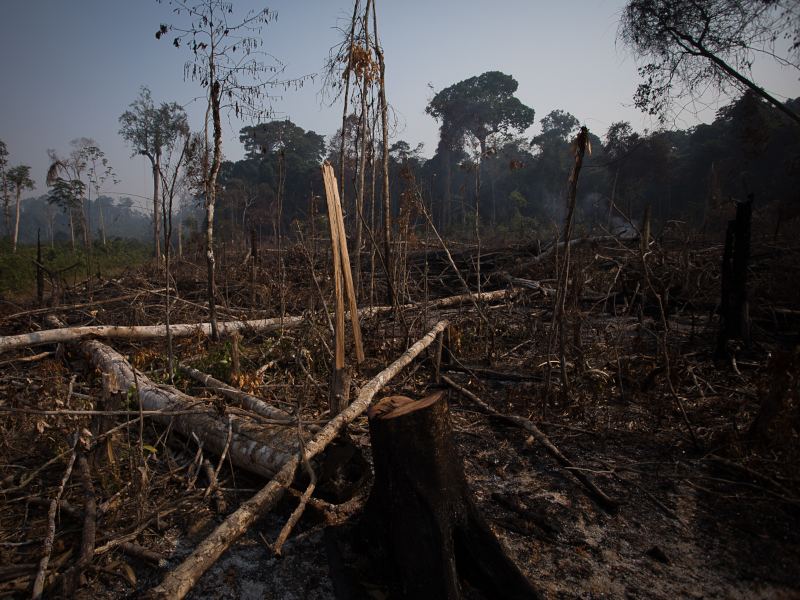 What does Brazilian President Jair Bolsonaro – dubbed the “Trump of the Tropics” – do now that Donald Trump no longer occupies the White House? Steadfastly loyal to Trump, Bolsonaro was one of the last heads of state to recognize Joe Biden’s victory. Now, Bolsonaro’s diplomatic agents have launched a PR campaign in light of this new political reality in Washington, D.C. in an attempt to curry favor with the incoming administration.

Bolsonaro marked inauguration day by tweeting a three-page letter addressed to President Biden. The main takeaway in English press coverage was a reiteration of Brazil’s desire for a free trade agreement with the U.S. (which had been effectively nixed by congressional Democrats in June of 2020). In the environmental sphere, the letter claims, “we are ready to continue our partnership toward sustainable development and environmental protection, especially in the Amazon.”

Simultaneously, the Brazilian Embassy rolled out additional elements of their PR campaign for a D.C. policy audience. Ambassador Nestor Forster, Jr. took to Twitter, posting a selfie from the Capitol Building on the morning of the inauguration. The embassy’s e-newsletter blasted out talking points similar to Bolsonaro’s letter, stating that “Brazil is an environmental powerhouse… Our energy mix is clean and renewable, the Brazilian agribusiness is synonym [sic] with sustainability and our government is determined to uphold law and order in the Amazon region.”

More recently, Brazilian Foreign Minister Ernesto Araújo offered an hour-long English address to the Council of the Americas. After expending most of the time to discuss economic and security cooperation between the two countries, Minister Araújo did make obligatory comments about cooperation on climate change, claiming that agricultural expansion wasn’t contributing to deforestation and that the Brazilian government is effectively fighting illegal deforestation. Media articles covering the event focused on his claim that they are working with the Biden administration on climate and the Amazon.

Taken out of the actual context in Brazil, these gestures could seem promising. Unfortunately, they contradict over two years of environmental destruction and human rights violations encouraged by the Bolsonaro administration.

Amazon Watch collaborated with a coalition of nonprofit organizations dedicated to Amazon protection to create an expanded list of recommendations found in the Amazon 100 Day Action Plan. During this cataclysmic scenario in the Brazilian Amazon, the Biden-Harris administration and the 117th Congress have a tremendous opportunity to include protections of the Amazon rainforest within their broader efforts to address climate change:

To a large degree, today’s reality in the Brazilian Amazon is disastrous due to the policies and rhetoric of Bolsonaro and his enablers over the last two years. Scientists have warned about an ecological ‘death spiral’, after which the rainforest inexorably “dies back” and emits enormous amounts of greenhouse gasses. By aggressively siding with agribusiness, energy logging, and mining interests, Bolsonaro has accelerated this process of ecosystem collapse.

As recently reported in the Washington Post, the military effort over the last two years to protect the Amazon – Operation Green Brazil – has been a sham. It has been a public relations distraction, while the government has sabotaged the agencies and policies that had demonstrably reduced deforestation and other environmental destruction. Perhaps implicitly recognizing this utter failure, Vice-President Hamilton Mourão recently announced the operation will end in late April, reverting protection to gutted civilian agencies.

In the same breath, the government is proposing a 5.4% budget cut to the Environment Ministry and related agencies in 2021. This would be Brazil’s smallest budget for environmental protection in at least 13 years, despite the soaring rates of deforestation and Amazon fires. This evisceration of environmental budgets has been central to Bolsonaro’s strategy to end any effective enforcement of laws and norms not only in the Amazon but across Brazil.

Ultimately, the human cost of Bolsonaro’s rhetoric and policies manifests in the threats and attacks on local community leaders and human rights defenders. An emblematic case is the Munduruku Indigenous people, who live in the heart of the Brazilian Amazon. With the federal government’s tacit approval, illegal miners, loggers, and ranchers are invading Munduruku territory with impunity. The Munduruku face the imposition of mega-projects on their lands and rivers, such as hydro-electric dams and an adjacent mega-railway for hauling soy. And their leaders – including RFK Human Rights Award recipient Alessandra Korap Munduruku – suffer regular threats on their lives and other attempts to silence them.

Across Brazil, community leaders standing up for their rights and environment face targeted political violence. Among many protest and resistance strategies, the Association of Brazil’s Indigenous Peoples (APIB) is bringing a genocide case against Bolsonaro at the International Criminal Court. APIB’s Executive Coordinator Sônia Guajajara told The Guardian that Bolsonaro “commits one crime after another against the peoples of the forest and against the environment.”

Meanwhile, the political landscape in Brazil has taken an ominous turn. Allies of Bolsonaro have assumed control of both houses of their congress and important committees, like the lower house’s Environment Committee. A slate of devastating bills will now be voted on and potentially passed, like PL 191/2020, which would legalize previously illegal extractive activities like mining within Indigenous territories. Just the prospect of this legislation passing is catalyzing a wave of illegal mining activities in anticipation of eventual legalization.

Unfortunately, this maneuvering might be paying off. In recent weeks, members of Bolsonaro’s cabinet, including Minister Araújo and Minister of the Environment Ricardo Salles, have been carrying out dialogues with climate-related diplomats in the Biden administration. The meetings have been referenced on Salles’ Twitter account, though the specific content of their discussions is being held in close confidence. The sense is they are looking to announce some kind of cooperation on forest protection before or during the President’s Climate Summit, planned for April 22.

That the Biden administration would be negotiating an Amazon deal with the Bolsonaro government behind closed doors is extremely concerning. Indigenous peoples must be consulted and ultimately consent to major policies that impact their lives and territories. Particularly under Bolsonaro, whose government has been accused by Indigenous peoples of a sustained assault on their lives and rainforest homelands.

In an attempt to preempt any agreement without Indigenous input and consent, APIB sent a letter to John Kerry on March 11. While outlining the litany of issues facing Indigenous peoples in Brazil, they proposed a direct channel of communication with the Biden administration to discuss these issues. To date, this offer has not been taken up by the Biden administration.

Ultimately, far beyond the efforts to assuage D.C.-based policymakers with empty environmental gestures, the true measure of Bolsonaro’s intention is what his government does. The Biden administration and Congress should be unpersuaded by its PR campaigns and build new policies that encourage an end to Bolsonaro’s systematic assault on the Amazon and its peoples. 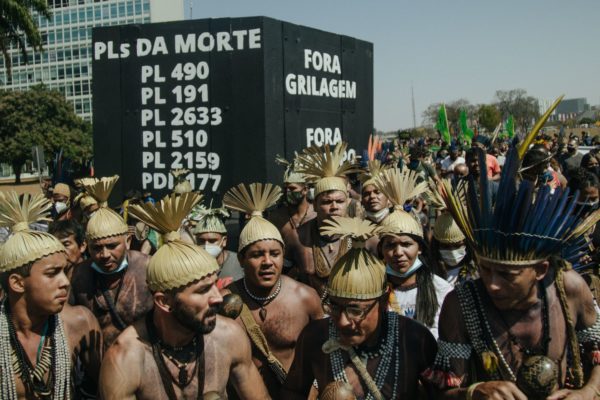 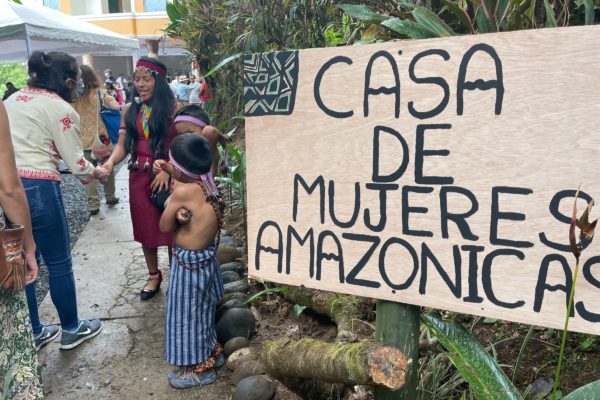