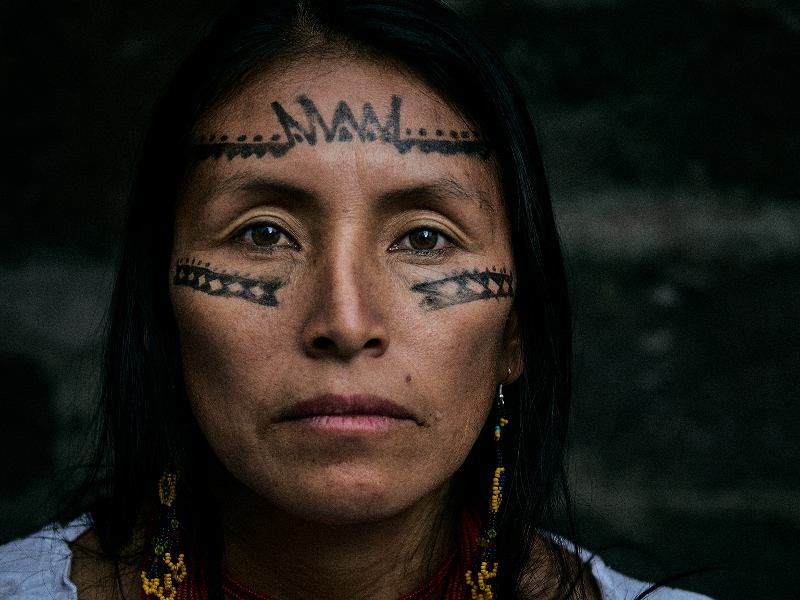 This World Rainforest Day, we’re honoring the indigenous Earth Defenders who are risking life and limb every day.

Ecuador, in particular, is a dangerous place to be an Earth Defender. In addition to criminalization – baseless criminal charges used to silence dissent – more and more Earth Defenders are being threatened and physically assaulted.

But they’re not backing down, and neither are we in our support of them. Read on to learn about two such cases.

Block 10: Oil drilling in the Amazon despite community opposition

On May 13th, unknown assailants attacked the home of Salomé Aranda, hurling rocks at her house and threatening her and her family. Salomé is a Kichwa leader in the Ecuadorian Amazon and an outspoken critic of Italian oil giant ENI, which has operated recklessly in the region for 28 years and now plans to expand drilling into new fields. The attack on Salomé comes after ENI was confronted by NGO allies at its annual shareholder meeting in Italy in early May over its Ecuador drilling operations and lack of community consent.

There is nothing circumstantial about the attack against Salomé. She belongs to the “Amazon Women Defenders of the Rainforest Against Natural Resource Extraction” collective and she was one of the representatives sent to meet with Ecuador’s President Moreno when their protests led to an in-person meeting with him on March 22nd where they denounced rights abuses, the environmental impacts of extraction, and the overall climate of violence that the industry has created for women. Other indigenous women working to protect their rainforest territories and defend their rights have also received death threats related to their efforts.

In that meeting, Salomé highlighted the social and environmental effects suffered by the communities within the area being exploited as “Block 10,” and these charges are included in the set of demands that the group delivered to the president that day. Read more about Block 10 and Salomé’s community here.

Despite all this, the Ecuadorian government is planning to auction off new oil blocks deep in the Amazon rainforest, without proper consultation with affected indigenous communities (and thus in violation of Ecuadorian and international law). Originally slated for early this year, we have every reason to believe the auction will take place before the end of 2018.

In response, Amazon Watch has launched a petition to ENI to take action to prevent further aggressions against Salomé or any other indigenous community members and suspend activities until a thorough investigation of this incident has occurred and the perpetrators are brought to justice.

We will also continue to monitor the planned oil auction and support our indigenous partners across the Ecuadorian Amazon as they work to defend their rainforest territory and their lives!

Elsewhere in Ecuador, in early May several leaders of the indigenous community in Molletura del Cantón were detained and physically assaulted, apparently by workers of Ecuagoldmining, a Chinese oil company. The men were trapped in their car after the assailants slashed their tires and threatened to set the car on fire near the company’s Rio Blanco gold mining site, and they were held against their will for over seven hours. When they were finally released, these Earth Defenders were warned to never again set foot in the Molleturo municipality.

According to local Ecuadorian communities and organizations, workers of the mining company carried out these acts of violence and intimidation in order to frighten and terrorize those who speak out or oppose the Rio Blanco gold mine. Other Chinese-owned mining companies have previously been associated with the deaths of indigenous peoples who seek to protect their homes.

In light of this outrageous attack, Amazon Watch and Friends of the Earth led an international effort to let the Chinese government know that this is unacceptable behaviour from its state-run companies. We were joined by 121 organizations and individuals, including forty-three of winners of the prestigious Goldman Environmental Prize, in sending a letter to the Chinese government via its embassy in Quito and consulates in Washington, DC.

We will not stand idly by as Earth Defenders are threatened and attacked for standing up to corporate power in defense of their lives, their homes, the Amazon rainforest and beyond!