The charges were prosecuted by corporate law firm Seward & Kissel, appointed by Kaplan himself. The firm has known ties to Chevron. Preska was hand-picked by Kaplan to try the case.

During sentencing, Preska dismissed the recent decision by the UN Working Group on Arbitrary Detention. This decision states that Donziger should be freed and compensated, citing that his detention is a human rights violation.

As Preska delivered the sentence, she employed the brutal metaphor that Donziger should be “hit between the eyes with a proverbial two by four.” Donziger was denied bail pending appeal of the decision. His legal team has one week to challenge that denial and if he loses he will have to report to federal prison for six months to appeal while incarcerated.

“Chevron, their lawyers at Gibson, Dunn & Crutcher, Kaplan, Preska, and Rita Glavin of Seward and Kissel have only succeeded in generating more support for Donziger and the movement for justice in Ecuador. Considerable pressure will continue to mount on the Biden Administration to intervene and put an end to the farce that has placed the rights and profits of the second-largest oil company in the US over those of affected communities and their advocates,” shared Paul Paz y Miño, Associate Director of Amazon Watch and key member of the team engaging in advocacy on behalf of Donziger and the affected communities in Ecuador.

Donziger has already been held for over two years on home confinement. Many aspects of this legal case, which dates back to 1993, are completely without precedent. U.S. courts have repeatedly upheld the rights of the nation’s second-largest oil company over Indigenous peoples and local communities in the Amazon, their lawyers, and their advocates.

Steven Donziger, was a key lawyer in securing the historic $9.5 billion judgment against Chevron in 2011, may now face retaliatory incarceration for their work. The victory against Chevron for polluting the Ecuadorian Amazon has been called one of the most important environmental and corporate accountability cases in history. Chevron (formerly Texaco) has treated it as such, reportedly spending more than $2 billion in legal fees and public relations costs.

Key powers within the U.S. Congress, executive branch, and judiciary have been unwilling to respond in any way to egregious abuses of power and injustices that violate the basic tenets of U.S jurisprudence. Their inaction and inability to address the gross attacks against Donziger have laid bare the depths of Chevron’s corruption, indeed that of the entire fossil fuel industry, and its power over the U.S. government – including its courts.

This week the United Nations Working Group on Arbitrary Detention directed the U.S. government to release Donziger immediately, pay him compensation for the house arrest he has suffered for over two years, and conduct an investigation.

Amnesty International released the following in response, “The US authorities must promptly implement the decision by the UN Working Group on Arbitrary Detention calling for the immediate release of Steven Donziger. Amnesty International has previously expressed concern over an alarming trend documented in the United States since 2019 in which human rights defenders were being targeted and harassed through the criminal justice system. In particular, the organization has noticed a concerning increase of strategic lawsuits against public participation, commonly known as ‘SLAPPs,’ which are increasingly becoming a barrier for human rights defenders and others who expose those in power, particularly corporations.”

“We are alarmed by human rights lawyer Steve Donziger’s sentencing today. While the severity of Donziger’s fate may seem unprecedented, it is emblematic of the larger trend of silencing activists, many of whom are fighting for the solutions desperately needed to combat the global climate crisis exacerbated by multinational fossil fuel companies,” said Annie Leonard, co-Executive Director Greenpeace USA.

“Chevron’s legal attack on Donziger is not the first, nor will it be the last case of its kind. Right now, the right to dissent is being repressed by both our government and corporations. Donziger’s fate could have lasting effects on environmental and corporate accountability activists, against whom threats and legal harassment are already escalating,” Leonard continued. “While today may come as a blow to the environmental community, we know we cannot shy away. We must double down before it’s too late.”

“Today’s sentencing of human rights lawyer Steven Donziger should be front-page news ringing alarm bells anywhere people are concerned about democracy, abuses of corporate power, and the rule of law,” said Ginger Cassady, Executive Director of Rainforest Action Network. “The real crime here is the death and disease resulting from Chevron’s poisoning of the drinking water of thousands of Indigenous people. The court’s continued willingness to go along with Chevron’s corrupt manipulation of the legal system to silence a successful Indigenous rights advocate holds chilling implications for all of us working to address the climate crisis and resist corporate exploitation.”

“Todays’ sentencing of human rights lawyer Steven Donziger exposes the extent to which corporations and other powerful individuals will go to silence their critics. This case is demonstrative of the global trend of silencing activists around the globe through Strategic Lawsuits Against Public Participation (SLAPPs). These bullying tactics are used by corporations to silence people like you and me from speaking out about important issues,” said Graham Clumpner, Protect the Protest Task Force Coordinator and Actions Coordinator Mosquito Fleet.

“This database from Protect the Protest task force member, the Business & Human Rights Resource Centre, paints a terrifying picture of the widespread use of this tactic. Though Donziger’s case is uniquely horrific, he is unfortunately not alone in being targeted for his human rights work,” Clumpner added. “When Donziger and the Ecuadorian Indigenous communities took to the courts all those years ago, they went to seek justice after Chevron deliberately polluted the Ecuadorian Amazon by dumping billions of gallons of toxic oil-drilling water into the environment. Courts are for those who seek justice, not revenge.”

Creating what many refer to as the “Amazon Chernobyl,” Chevron admitted to deliberately dumping over 16 billion gallons of toxic oil-waste into the Amazon as a cost-saving measure over the course of decades while operating under its Texaco brand. It never once apologized nor made any meaningful effort to clean up that toxic waste nor assist any of the 30,000 affected people whose drinking water it poisoned.

Despite the undisputed facts of the case, Chevron has successfully “demonized” Donziger and won a civil RICO suit against him and several Ecuadorians in 2014. Since that time, Chevron has made every attempt to stop the ongoing efforts to enforce the Ecuadorian judgment outside of the U.S.

The oil company then urged federal judge Lewis Kaplan to issue contempt of court charges when Donziger refused to turn over privileged information to the court to give to Chevron, leading to the series of events as they have now unfolded.

In June 2019, Amazon Watch, Amnesty International, Greenpeace, Global Witness, and other human rights, environmental, and watchdog organizations wrote to the U.S. Department of Justice demanding that it “open an investigation of Chevron Corporation and its attorneys based on credible evidence of apparently corrupt conduct related to retaliatory litigation targeting Ecuadorian plaintiffs in the Lago Agrio case and human rights lawyer and activist Steven Donziger.” There was no reply.

Two months later, Steven Donziger was placed on house arrest while awaiting trial for a petty misdemeanor contempt of court charge. No other lawyer had ever been held pre-trial on petty charges for more than a day. Not long after, members of the European Parliament wrote to the U.S. Congress asking for an investigation based on the unusual circumstances of Donziger’s house arrest and that a private prosecutor had been appointed by the judge to prosecute the case – a violation of Donziger’s civil rights.

Nobel Laureates and Congressmembers speak out

Dozens of Nobel Laureates added their own appeal to the U.S. Attorney General for an investigation and end to the house arrest. The requests for an investigation were based on the DOJ’s authority to wrest control of the prosecution from the private firm appointed by Kaplan after the Federal Prosecutor declined to take the case.

After months without a response, Donziger appealed to his own representative Jerry Nadler, who chairs the House Judiciary Committee, for support. He sent Nadler over 24,000 signatures from a petition to Nadler asking for help. Nadler declined to acknowledge the letter. It was later discovered that his son Michael Nadler is a partner at Chevron’s principal law firm Gibson, Dunn & Crutcher.

Despite Nadler’s refusal to respond, six other members of Congress led by Reps. Bush and McGovern sent their own letter to Attorney General Garland and asked for an investigation. There was no reply. Two Senate Judiciary Committee members – Whitehouse and Markey – also wrote to the Administrative Office of U.S. Courts asking pointed questions about the circumstances in the Donziger case. Again, no reply.

Dozens of international human rights lawyers, retired federal judges, environmental justice leaders and coalitions of the largest environmental and human rights organizations in the world have also called for investigations into judges Kaplan and Preska, the immediate release of Donziger, and investigations into unethical and illegal activities of Chevron’s firm Gibson, Dunn & Crutcher. No Biden Administration official or superior judge has acknowledged these requests, let alone responded.

The last week of September, the United Nations Working Group on Arbitrary Detention directed the U.S. government to release Donziger immediately, pay him compensation for the house arrest he has suffered for over two years, and conduct an investigation. 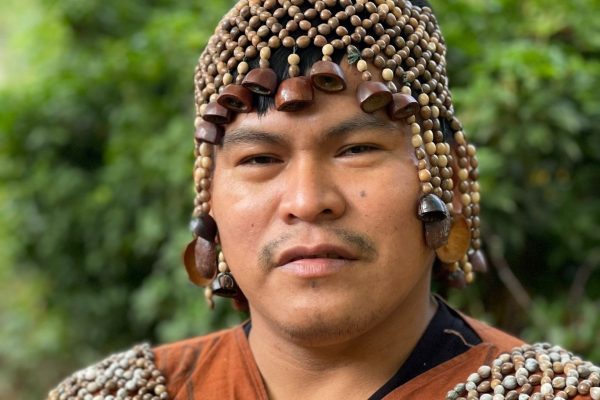