Do You Invest with BlackRock, Vanguard, or State Street? Help Protect the Amazon! | Amazon Watch 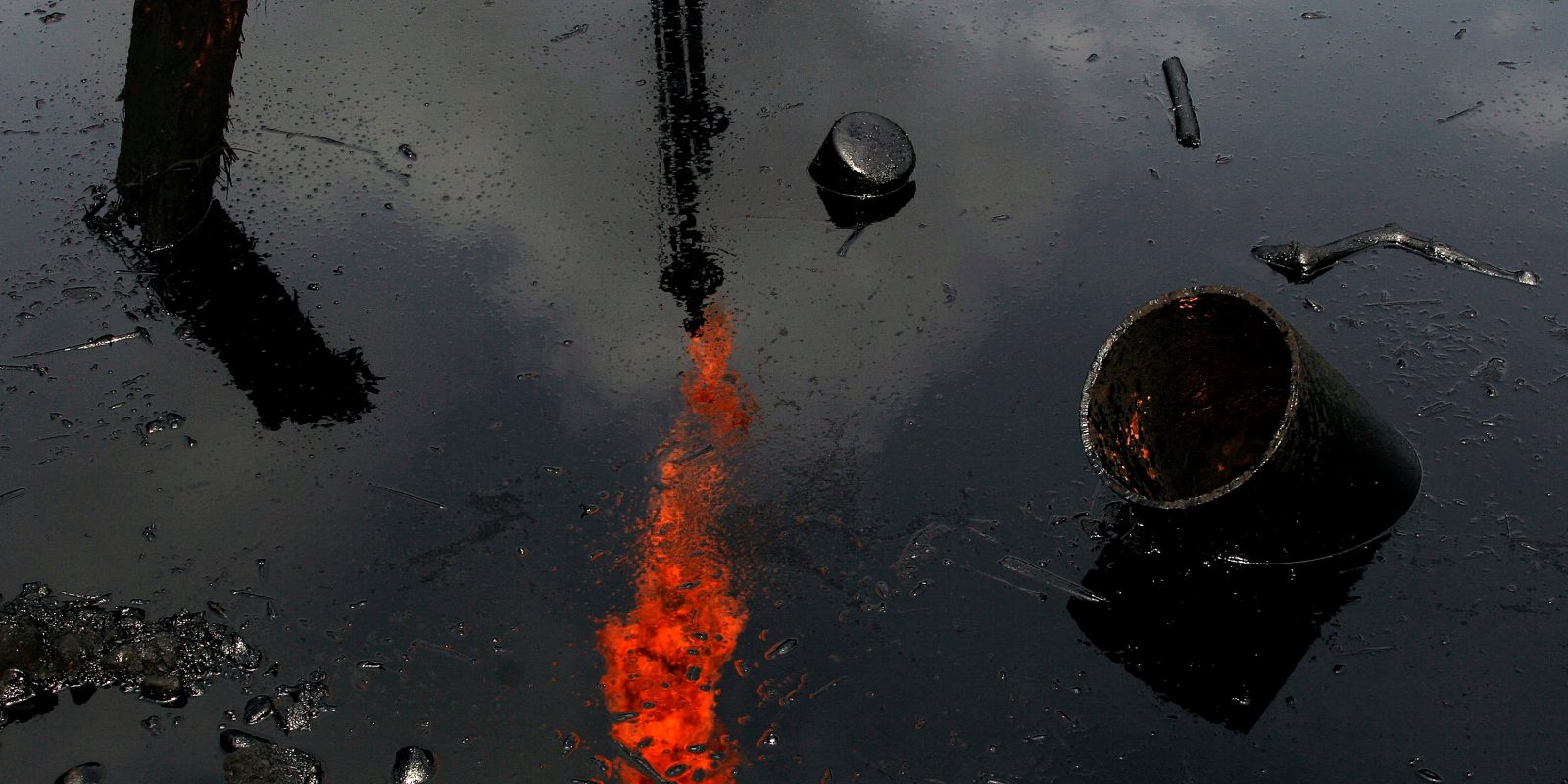 Do You Invest with BlackRock, Vanguard, or State Street? Tap Into Your Power to Help Protect the Amazon!

Earlier this month, we released our Investing in Amazon Crude II report on three of the world’s largest asset managers – BlackRock, Vanguard, and State Street – that are propping up the destructive oil industry in the Amazon.

Now we’re launching a new step in our campaign that involves clients of BlackRock, Vanguard, and State Street. If you or anyone you know invests with these three asset managers, we’d like to invite you to a live online training where we’ll be sharing tools to help you raise your voice and demand that your money reflects your values. Join us to hear directly from Indigenous leaders on how these three asset managers impact their communities and from finance experts on what you can do as a client of these firms to defend the Amazon.

Investing in Amazon Crude II details the ways in which the companies these firms invest their clients’ money in have violated Indigenous and environmental rights repeatedly. Some of those violations include dumping toxic waste into water sources that then cause irreparable health defects in local populations or refusing to support educational and healthcare infrastructure by evading their fair share of tax payments. As these oil companies – enabled by their investors – extract wealth from the Amazon, they continue a colonial legacy of environmental racism and exploitation.

Together, BlackRock, State Street, and Vanguard hold $46 billion in debt and equity in oil companies currently operating in the Amazon rainforest, $2 billion of which is held in debt and equity in the oil companies examined in depth in our latest report. Previous research from our team found that BlackRock and Vanguard invested nearly $11 billion ($8.2 billion and $2.7 billion respectively) in companies linked to conflicts on Indigenous lands, illegal deforestation, land grabbing, the weakening of environmental protections, and the production and export of conflict commodities from Brazil.

This investment in Amazon destruction comes despite nominal commitments from these firms to prioritize the climate, whether in the form of recent pledges to achieve “net zero” with their portfolios by 2050, or in the marketing of new “ESG” funds that invest clients’ money in industries that promise to generate positive “environmental, social, and governance” impacts. These moves are too little, too late. Most net zero commitments lack sufficient short- and mid-term benchmarks to assure that firms are going to be able to meet them, and many often rely on false solutions such as carbon offset schemes that allow polluters to continue spewing greenhouse gasses into the atmosphere.

While the general trend among concerned investors to ensure that their portfolios are generating positive “overall” returns (that is: creating positive social, environmental, and political impacts in addition to profits) sounds promising, it also incentivizes asset managers to “greenwash” funds to attract clients. In reality, many ESG-labeled funds include companies that have disturbing records of environmental and human rights violations.

Our findings on BlackRock, Vanguard, and State Street’s investments come just after the recent and groundbreaking call from the world’s foremost authority on energy policy – the International Energy Association (IEA) – that all further investments in new fossil fuel supply should end this year. Investing in any fossil fuel industry – let alone an industry as dirty and devastating as that of oil – in a place as vital to climate regulation as the Amazon rainforest is entirely counterproductive to the goal of mitigating climate change.

Together, BlackRock, Vanguard, and State Street control almost $20 trillion. While the prospect of moving the world’s largest asset managers to divest from climate destruction may seem daunting, it’s not impossible. That’s where you come in. Client investors have power. You’ve joined us in solidarity with Indigenous movements and amplified the demands from Indigenous leaders to firm executives. With your support, we’ve succeeded at organizing direct public pressure actions across the globe. Now, our finance team is asking you to join us again to move these giants. As a client investor, you hold influence, and we’d like to teach you how to use it to permanently protect the Amazon alongside Indigenous peoples.

When we push these firms to act for climate justice, they often throw up their hands and claim that they can’t change their investment behavior because they are simply “acting on behalf of their clients.” Well, that’s you and me, and everyone else with an investment account. So let’s call their bluff! Clients have a critical role to play in holding these firms accountable for upholding environmental and Indigenous rights. Imagine hundreds and then thousands of client investors uniting to demand that these firms stop investing in Amazon destruction. The finance industry cannot ignore us all; it will have to change its behavior.