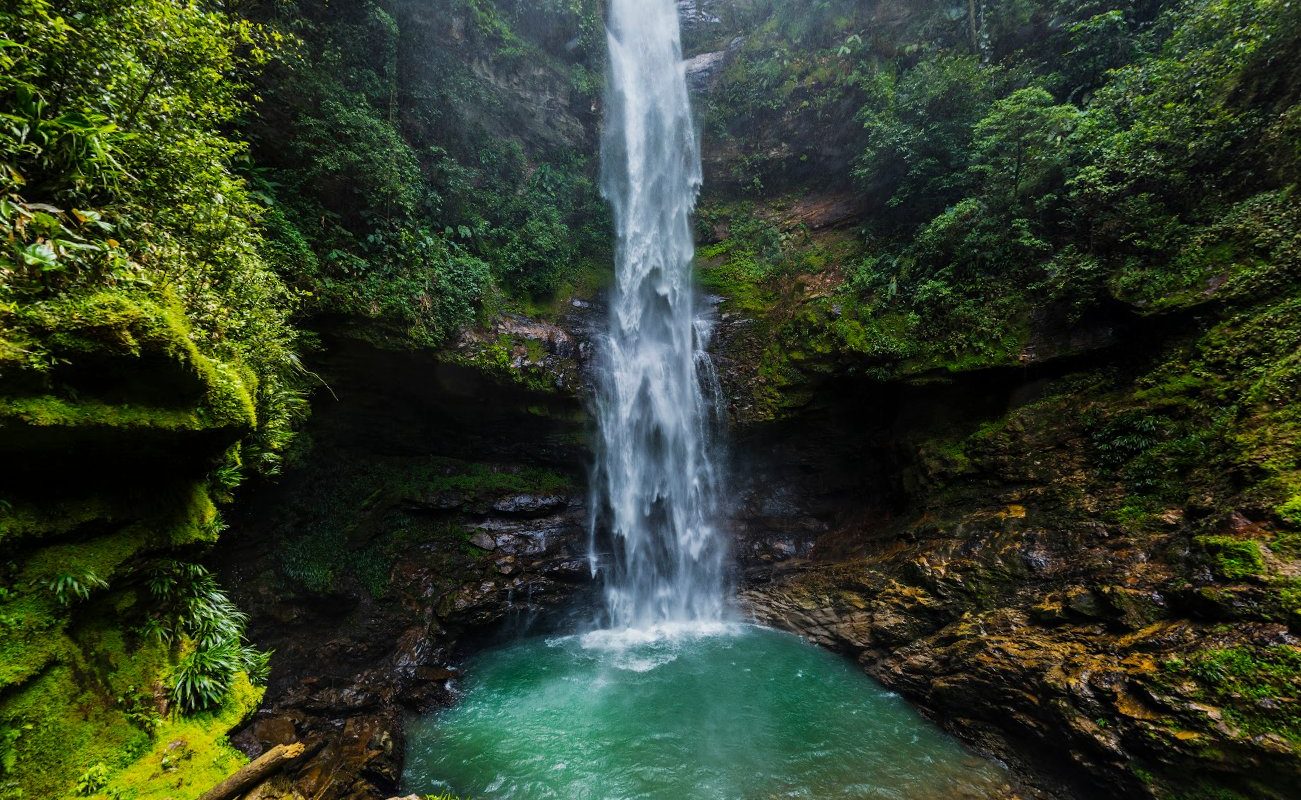 Blue-Washing? GeoPark Tries to Launder Its Image Through U.N. Collaboration

Can the United Nations support human rights defenders with one hand, while receiving money from an oil company with the other? An emerging scandal in the Colombian Amazon is forcing the U.N. to deal with the fallout from this contradiction.

UPDATE: Since Amazon Watch published this blog post, launched a virtual action, and filed a complaint before the UNDP Social and Environmental Compliance Unit – in addition to numerous other advocacy initiatives carried out in close collaboration with grassroots community groups and ally organizations like Justicia y Paz, Amazon Frontlines, and Healing Bridges – UNDP Colombia announced privately on May 12 that it is cutting its ties with GeoPark. This is an important step in both severing public relations connections that benefit GeoPark and fighting against the corporate capture of the United Nations.

That said, the Siona People of the Buenavista Reservation issued a blistering statement calling on the UN to publicly acknowledge its mistake and to apologize to the communities as a key step toward rebuilding confidence and mutual respect.

“The oil companies are operating in the Amazon anyway, and we can help make sure they abide by human rights standards.” Such was the rationale presented by the head of the United Nations Development Programme (UNDP) in Colombia, Jessica Faieta. The UNDP managed to get itself into quite a pickle and found itself in the uncomfortable position of trying to justify an ill-fated decision to outraged community partners.

The week prior, UNDP Colombia had announced a new private sector partnership to implement a program called “United for Territorial Reactivation,” part of a series of initiatives to kick-start local economies in the wake of the COVID-19 pandemic. Who was their corporate partner? None other than the Chile-based oil company GeoPark, which had been run out of the northern Peruvian Amazon by Achuar and Wampis communities.

Somehow, in their rigorous application of scrutiny of their new partner, UNDP missed an important part of GeoPark’s history in the region. Two local community groups in the Putumayo department – both of which were beneficiaries of another UNDP program – had publicly accused GeoPark of environmental devastation and support for illegal paramilitary groups that were threatening the grassroots Amazon defenders. Both community processes – the Siona community of Buenavista and the Campesino Reserve of La Perla Amazónica – have been indicated by the Inter-American Commission of Human Rights as facing high risks of human rights abuse. So much for “due diligence” by the UNDP.

In fact, it appears that the UNDP taking money from the oil industry has recently become a regular practice. In 2018, the UNDP announced that they had signed a global agreement with the Spanish oil company Repsol. These arrangements are strategically transactional: the UNDP gets financial backing for programs and the oil companies get to tout their association with a prestigious international agency and ward off any accusation of impropriety.

GeoPark has proven thirsty for such arrangements as a means of finessing their image toward the investment community and other international audiences. Prior to their forced departure from Peru’s Block 64 in June of 2020, GeoPark struck up an agreement with the Smithsonian Institution’s Center for Conservation and Sustainability and attempted to join the “Amazon Best Social and Environmental Management Practices” initiative, supported by the U.S. Agency for International Development. Those efforts were ultimately fruitless, as GeoPark eventually realized that these PR exercises would never buy them the missing social license to operate in the Peruvian Amazon.

The newest scheme with UNDP might well also backfire. Within days of learning about the UNDP-GeoPark agreement, the communities rapidly issued a joint public denunciation, directed to UNDP (full text below). Later that week, they held a withering Zoom meeting with UNDP Colombia head Faieta, in which all justifications were disabused and the communities forcefully reiterated their vehement opposition to any association of UNDP with GeoPark, whether in Putumayo or anywhere in Colombia.

Other parts of the United Nations system have heard the call of the communities and started to add their voice to the discussion. The U.N. Permanent Forum on Indigenous Issues weighed in, expressing their concern in an official resolution that came out of their annual two-week session in New York City:

“The Permanent Forum is concerned about reports of UNDP entering into a strategic partnership with the oil company GeoPark, a private entity that has been accused by Indigenous communities of disregarding their rights, to carry out economic development activities in Colombia without the Free, Prior, and Informed Consent (FPIC) of the Indigenous communities that will be impacted. This contradicts UNDP’s own Social and Environmental Standard 6, and the Forum urges UNDP to suspend all related partnership activities until a proper FPIC process can be carried out.”

Interestingly, following the communities’ advocacy over the last week of April, UNDP Colombia has begun to scrub their social media timelines of any reference to the GeoPark deal. It has disappeared from their Twitter and Facebook pages. However, UNDP has not yet announced a cancellation of the agreement and GeoPark continues to feature the UNDP at the top of their partnerships page.

Meanwhile, the international pressure mounts, as will the reputational cost to the UNDP of maintaining their association with an oil company that has been accused of abuses against grassroots and Indigenous communities in the Colombian Amazon.

Since 2019 in the municipality of Puerto Asís, Putumayo, relationships and grant agreements have been implemented within the framework of the Sustainable Amazon Program for Peace, with the communities of the Siona Reservation of Buenavista and the Association for Holistic Sustainable Development Amazon Pearl (ADISPA) organization that legally represents the Campesino Reserve Zone ZRC Perla Amazónica, with the purpose of protecting strategic ecological corridors for the preservation and conservation of Amazonian life and biodiversity, in order to support the fostering of territorial stewardship and ensuring the survival of the communities in a sustainable way within the Amazonian environment.

With concern, we note the launching on April 21, 2021, of the strategic alliance “United for Territorial Recovery” (“Unidos por la Reactivación Territorial”) between the UNDP Colombia with the GeoPark oil company, which was announced on social media. This disregards the [local] processes of defense and resistance against extractivism in the region, particularly against the Put-12, Put-8, and Platanillo Blocks [oil concessions], owned by the company Amerisur Colombia (today GeoPark). These operations have resulted in environmental, territorial, social, cultural, and spiritual affectations, and these have been widely denounced by the indigenous and campesino communities.

We consider this Alliance to be an act that undermines the legitimacy and trust in UNDP, since it is INCOHERENT with the effective possibility of environmental and territorial protection since it is being agreed with the Company that most threatens the fragility of the Amazon.

Since 2009, Amerisur (today GeoPark) has been developing activities in our territories that have systematically ignored the decisions of the traditional authorities and the campesino and popular movement. This imposition by force of this [extractive] development scheme is contrary to our own life plans, our own development plans, and the right to consultation and prior, free and informed consent, and self-determination. This is a situation that has been brought to the attention of the Colombian State within the legal framework of enforceability of rights such as the restitution of territorial rights, which Amerisur opposes; criminal complaints; and administrative requisitions (requerimientos administrativos) to the Supervisory Agencies (entes de control) and the Public Ministry. This has also been raised before the Inter-American Commission of Human Rights, which resulted in the granting of precautionary measures to the Buenavista Reservation of the Siona People (MC-395-18) but has not resulted in any form of institutional response [by the Colombian State].

At the same time, members of illegal armed groups have publicly stated that they have negotiated directly with the company to safeguard the company’s operations and avoid social and community opposition to seismic activities. This armed group exercises control, imposes restrictions and other impositions on the civilian population in the municipality of Puerto Asís.

We reject the Strategic Alliance between UNDP and GeoPark. We demand the UNDP’s immediate retraction of the agreement as an expression of coherence and allowing for the possibility of continuing with the understanding and implementation of community activities with the Buenavista Reservation and the ZRC La Perla Amazónica.

We are an integral part of Amazonia and as campesino and indigenous communities we share, care for, and respect this territory of life and hope for Colombia and the entire world.

WE ARE LIFE, WE ARE AMAZON

BUENAVISTA RESERVATION OF THE SIONA PEOPLE 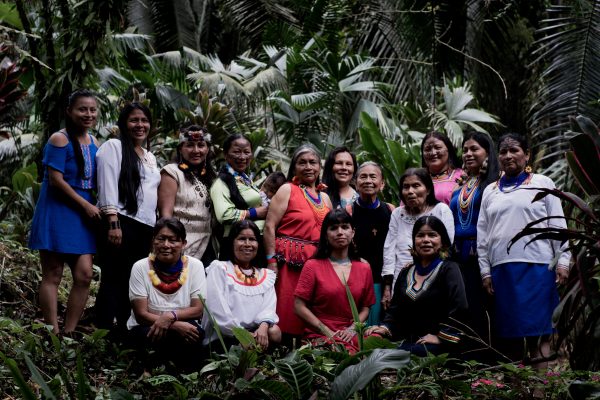 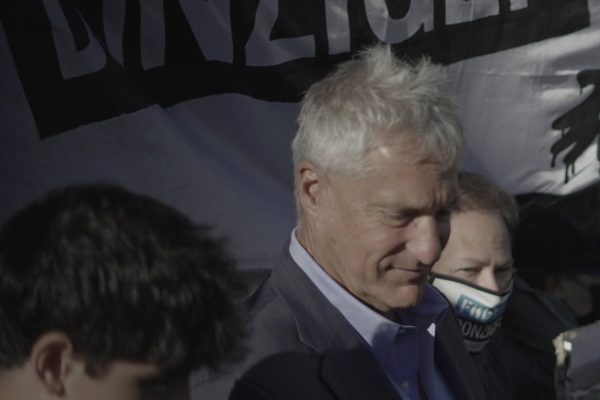