“A Continuation of Colonialism”: Indigenous Activists Say Their Voices Are Missing at COP26 | Amazon Watch

“A Continuation of Colonialism”: Indigenous Activists Say Their Voices Are Missing at COP26 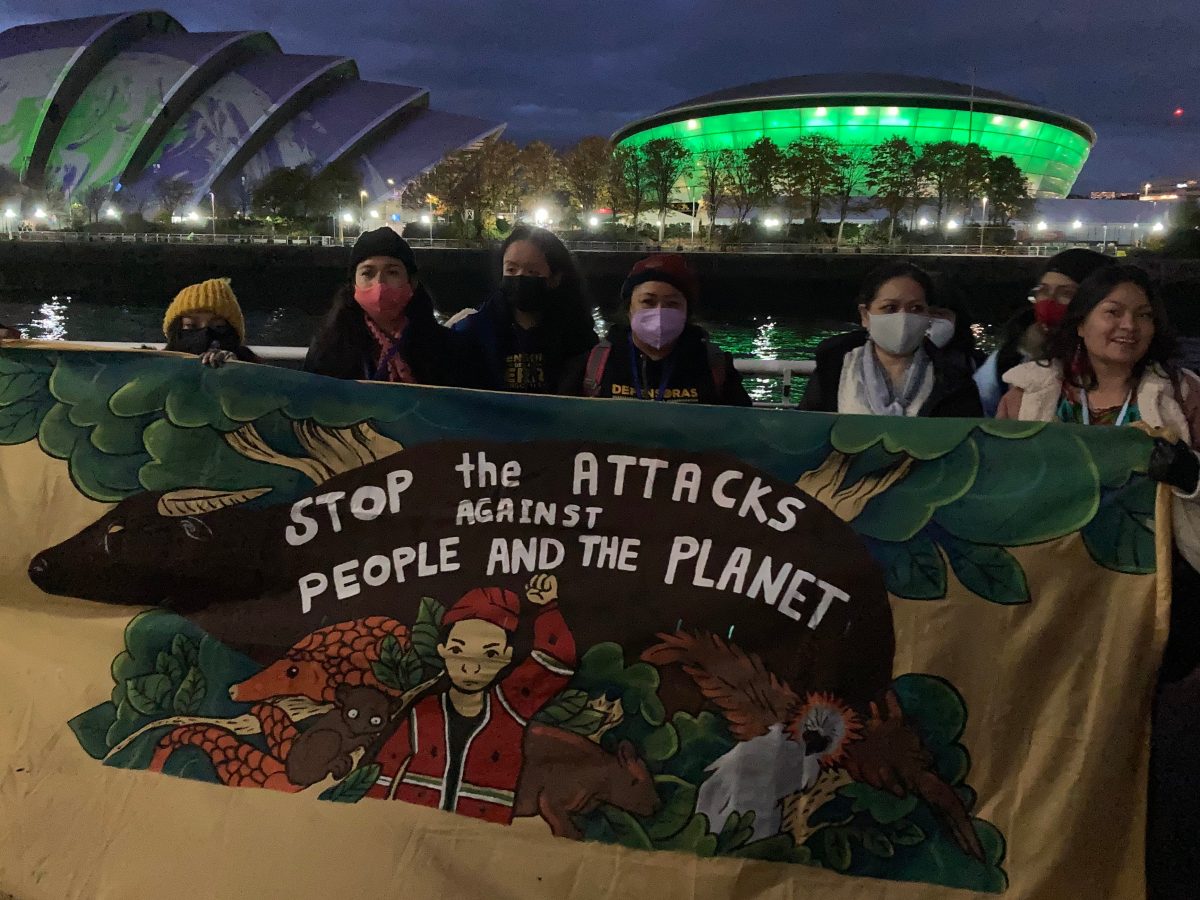 As world leaders inside the COP26 conference centre in Glasgow boasted about pledges to slash greenhouse gas emissions and end deforestation, Indigenous delegates gathered across the river Clyde to commemorate activists killed for trying to protect the planet from corporate greed and government inaction.

At least 1,005 environmental and land rights defenders have been murdered since the Paris accords were signed six years ago, according to the international non-profit Global Witness. One in three of those killed were Indigenous people.

The dead include Berta Cáceres, winner of the prestigious Goldman prize for environmental defenders, who was shot dead at her home in Honduras in March 2016 for opposing the construction of an internationally financed dam on a river considered sacred by her Lenca people.

As the names of the murdered defenders were projected on a large outdoor screen, Indigenous activists from Mexico, Guatemala, Ecuador and the Philippines implored political leaders to listen to their struggles.

“The COP is a big business, a continuation of colonialism where people come not to listen to us, but to make money from our land and natural resources,” said Ita Mendoza, 46, an Indigenous land defender from the Mixteca region of Oaxaca in southern Mexico, attending COP for the first time. “What benefits does the COP bring when more than a thousand people fighting to keep the planet alive have been killed [since Paris]?”

Mendoza is part of the Futuros Indígenas (Indigenous Futures) collective from Mexico, who spent months crowdfunding to be able to attend COP26 so their communities’ struggles and vision for protecting the planet might be heard.

The collective did not get accreditation for the full two weeks, and as COP first-timers are struggling to navigate the bureaucracy and structural barriers to their participation.

Still, at least they made it. About two-thirds of civil society organizations who usually attend COP could not come to Glasgow due to a combination of visa and accreditation problems, lack of access to Covid-19 vaccines and changing travel rules. Mostly absent are those from the global south – poorer, less industrialized countries who have contributed least to greenhouse gas emissions but are disproportionately harmed by increasingly intense extreme weather events linked to global heating such as drought, storms and floods.

Their voices will be missed during the negotiations, but the problems run much deeper, according to multiple veteran COP participants.

In the 26 years since the first COP was held in Berlin in 1995, international climate policies have mostly ignored or violated the cultural and territorial rights of Indigenous peoples – despite them being recognized in 2001 as a formal constituency, one of nine broad thematic clusters (that also include business groups, environmental NGOs, women and youth groups and trade unions) permitted to observe and lobby negotiators.

Indigenous people are more visible but we’re not taken any more seriously; we’re romanticized and tokenized.

Then in 2015, the Paris accords legally recognized the crucial role of traditional knowledge and innovations by local communities and Indigenous peoples in understanding and tackling the climate crisis. The move was meant to ensure they could participate and influence international climate policies in a more meaningful and equal way.

But six years on, Indigenous people interviewed by the Guardian say little has changed inside the UN-led negotiations, while outside environmental destruction continues unchecked in their communities and the impact of the climate crisis is getting worse.

“They’re trying to collect and preserve Indigenous knowledge while continuing to leave us out of the actual decision-making and positions of power. It’s the only lever we have to hold states and governments accountable, but it’s the same paternalistic system as ever. We’re set up to fail, so that’s where civil society must come in.”

Tom Goldtooth, executive director of the North American Indigenous Environmental Network, who has attended every COP since 1998, said Indigenous knowledge holders were being “co-opted and manipulated by the Eurocentric UN system”.

This week, it was announced that $1.7bn will be given to Indigenous peoples and local communities in recognition of their key role in protecting the planet’s lands and forests.

Net-zero targets, the central theme of COP26, revolve around incentivizing carbon capture markets through mass reforestation, biofuels and new technologies – which many Indigenous leaders see as false climate solutions that will lead to further land grabs and environmental and cultural destruction. For them, keeping fossil fuels and minerals in the ground is the only way to curtail global heating and its devastating impacts.

Chief Ninawa Inu Huni Kui, president of the Huni Kui People’s Federation of the Brazilian Amazon, added: “Our vision is very different to those who make the decisions at COP. We have ancestral connections to the environment and Mother Earth. These are spiritual spaces that we would never negotiate or offset for money, but the working groups don’t represent the views of our communities or explain what these carbon markets actually mean.”

As the climate crisis intensifies with record floods, fires and heatwaves across the world, so does the violence against defenders. 2020 was the deadliest year on record for environmental and land defenders, with Indigenous people accounting for half of the total 227 killed.

Many, like Cáceres, had been resisting environmentally destructive extractive industries and energy projects including pipelines, dams, industrial wind and solar farms, and African palm plantations.

Still, Indigenous peoples have survived against the odds, and they are not giving up.

“It’s a testament of our resilience that even after hundreds of years of colonization and betrayal that we Indigenous communities are still willing to sacrifice our lives, health and energy for this last-ditch attempt to save the planet,” said Ruth Miller, climate justice director of the Alaska-based Native Movement, a Dena’ina Athabaskan and Ashkenazi Russian Jewish woman, who is a member of the Curyung tribe.

“We’re here offering sustainable solutions to the rest of the world that require an ideological shift, not a green industry built on colonialism and repression. It’s up to them if they listen or not.” 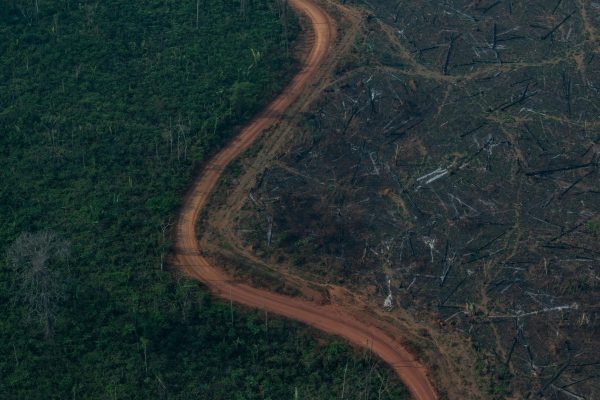 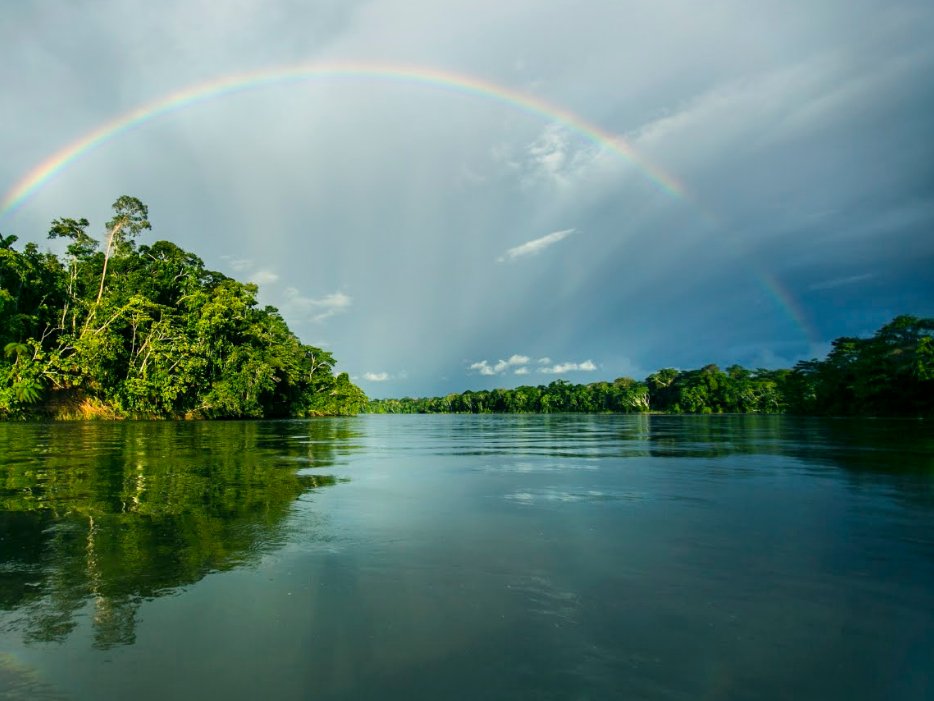