Report: Global Banks Fail for Financing, Investment in Oil and Gas in the Amazon Rainforest

San Francisco, CA – A new scorecard and report released today by environmental advocacy groups Stand.earth and Amazon Watch fails global banks for their financing and investment in the oil and gas industry in the Amazon rainforest, revealing that despite sustainability commitments and risk management screening processes, banks remain highly exposed to the risk of funding corruption, human rights violations, environmental harms – and ultimately, climate chaos – due to their ongoing relationships with companies and traders operating in the region.

“Our research reveals the environmental and social risk frameworks banks rely on are inherently flawed. Banks might follow what they consider best practices in ESR, but these policies have loopholes that allow money to continue to flow to companies involved in oil expansion, deforestation, biodiversity loss, pollution, corruption, and the violation of Indigenous peoples’ rights. To put it simply, banks’ current ESR policies are failing them. These policies do not adequately manage risks, are not strong enough to avoid Amazon destruction, and do not meet the urgent need to stop fossil fuel expansion globally,” said Angeline Robertson, Senior Investigative Researcher at Stand.earth Research Group and one of the lead authors of the report.

This new report, titled “Banking on Amazon Destruction”, comes on the heels of an August 2020 investigation revealing European banks financing the trade of Amazon oil from the headwaters region of Ecuador and Peru. This led to commitments by top banks to uphold their policies and end trade financing in that region, but the 2020 investigation also revealed additional relationships between banks, oil companies, and oil traders in contradiction with banks’ ESR policies and risk management screening processes in the broader Amazon rainforest.

The report evaluated banks’ ESR policies (risk management) versus their finance and investment in the Amazon (risk exposure), giving each bank positive and negative scores combined into an overall risk rating identifying the potential for banks’ investments and financing to contribute to Amazon destruction. Rabobank, ABN Amro, and ING are at “moderate” risk; BNP Paribas, Credit Suisse, UBS, Société Générale, and Crédit Agricole are at “high” risk; and Natixis, Citigroup, JPMorgan Chase, Goldman Sachs, Deutsche Bank, and HSBC are at “very high” risk. All banks were provided a summary of their scoring and given the opportunity to respond before the release of the report. Among the key findings:

Since the report text was finalized, Amazon Watch investigators have learned that JPMorgan Chase and Credit Suisse, along with another bank not listed in this report, recently helped arrange the issuance of a $150 million bond for GeoPark, a Chilean oil company currently operating in the Colombian Amazon that is allegedly paying paramilitary groups to ensure the continuation of its operations on and near the territories of Indigenous groups that opposed oil operations.

The International Energy Agency’s sweeping call for nations around the world to stop investing in new fossil fuel supply underscores the need for banks to take more stringent actions to decarbonize their portfolios. However, the report reveals most banks continue to rely on policies that don’t curb oil expansion in the Amazon, preferring instead to “tilt” oil companies rather than divest or defund.

The report identified that many banks lack deforestation exclusions that include the oil and gas sector, and their biodiversity exclusions focus on traditionally protected areas such as UNESCO World Heritage Sites while ignoring the vital role that Indigenous territories play in protecting biodiversity. And despite a long legacy of pollution from the oil and gas industry in the Amazon, the report uncovered only three banks with pollution exclusions. The report also flags additional blind spots in banks’ lending policies: the use of revolving credit facilities, the lack of Indigenous consent, and inadequate grievance processes.

“For centuries, Indigenous peoples have been responsible for the preservation of the largest forest on the planet. We are being killed for defending our home. An Amazon biome-wide exclusion of all oil and gas finance and investment, aimed at stopping oil expansion in the most biodiverse place on the planet, will keep the Amazon Rainforest off the precipice of a disastrous ecological tipping point, eliminate toxic oil-related disasters, and end rights violations perpetrated by the industry. This is the path for a possible planet and the way for us to guarantee that our rights are respected. The financial sector must invest in recovering what has already been lost and finance the solutions our peoples offer to humanity in the climate change era,” said José Gregorio Díaz Mirabal, General Coordinator of the Coordinating Body of the Indigenous Organizations of the Amazon Basin (COICA).

Amazon at a tipping point

The Amazon rainforest is nearing a tipping point thanks to the massive degradation of this interconnected ecosystem. Scientists define the tipping point as the moment at which enough deforestation occurs that the Amazon will no longer be able to sustain itself, which will trigger the dieback of the entire rainforest. Due to the looming nature of these threats, which would have massive implications in the region and for the global climate, advocacy groups Stand.earth and Amazon Watch are calling for:

“The Amazon rainforest is the last place on Earth that oil expansion should happen — especially at a time when we know that no fossil fuel expansion should occur at all. If banks have Arctic exclusions to protect biodiversity and fragile ecosystems, and the same logic can be applied to the Amazon, then why don’t banks have exclusions for the Amazon? The Amazon rainforest is at a tipping point. Are banks going to continue to rely on mediocre risk management policies that they don’t even follow, or take a bold step that will actually end their contribution to the destruction of this critical ecosystem?” said Moira Birss, Climate and Finance Director at Amazon Watch. 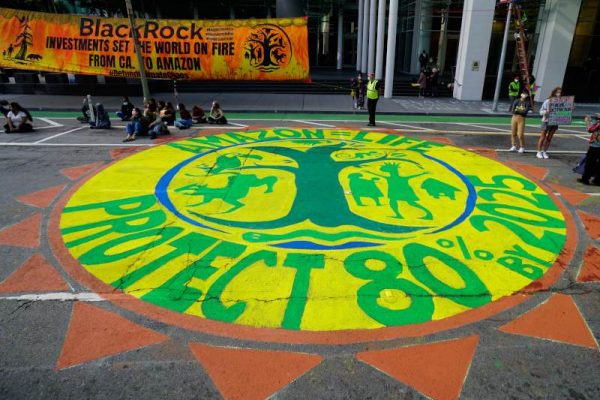 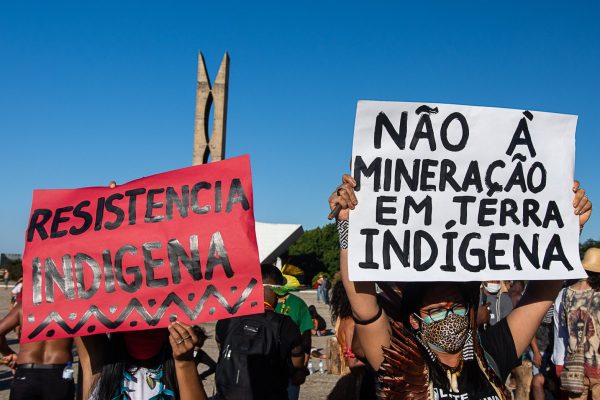