Is Your Bank Using Your Money to Profit from Amazon Destruction? | Amazon Watch 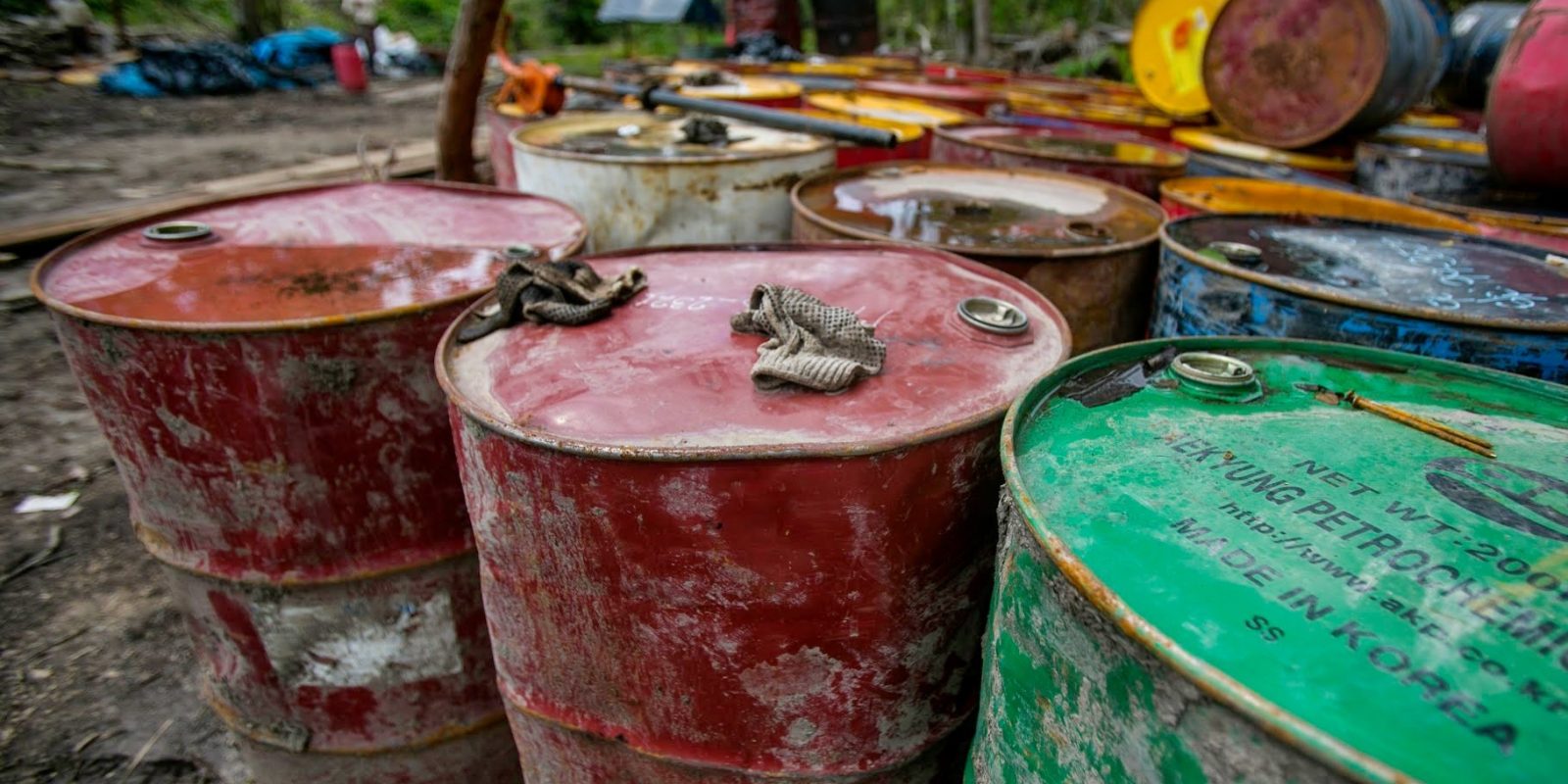 July 8, 2021 | Kevin Koenig and Pendle Marshall-Hallmark | Eye on the Amazon

The Amazon rainforest is at the tipping point – rapidly approaching an ecological point of no return when, if enough deforestation occurs, the forest will no longer be able to sustain itself, triggering a massic dieback of plant and animal species, and deregulating global climate and temperature patterns. We must take immediate action to protect the Amazon right now, and we can start by Ending Amazon Crude.

Today, Amazon Watch and Stand.earth released a new report, Banking on Amazon Destruction, showing that global banks are failing their own social and environmental commitments by financing and investing in the oil and gas industry in the Amazon rainforest. These banks remain highly exposed to the risk of funding corruption, human rights violations, environmental harms, and ultimately climate chaos due to their ongoing relationships with companies and traders operating in the region. And they might be using your money to do it.

We need you to join us as we issue a new call: Banks must exclude all types of finance, including investment, for any company engaging in the oil industry in the Amazon by setting markers to end new financing by 2022 and existing financing by 2025.

Amazon oil has a history of devastating impact on Indigenous communities. Marlon Vargas, President of the Confederation of Indigenous Nationalities of the Ecuadorian Amazon (CONFENIAE) shared the following about his experience:

“For too long, the oil industry has wreaked havoc on our Indigenous peoples, violated our rights, cut down our forests, seized our territories, and created climate chaos that is leading to the collapse of the Amazon. The banks that finance this destruction are complicit in the genocidal threat to our peoples and an existential threat to humanity and our planet. We call on all institutions that finance oil extraction and the oil trade in the Amazon to make bold decisions to stop bankrolling environmental pollution and climate change. Their investments must be based on sustainable economic alternatives for our countries and communities.”

This report comes on the heels of our August 2020 investigation revealing that European banks financed the trade of 155 million barrels of Amazon oil from the headwaters region of Ecuador and Peru to refineries in the U.S. for a total of $10 billion.

Although this led to commitments by top banks to uphold their policies and end oil trade financing in that region, Amazon Watch and Stand.earth investigators decided to address the continued flow of capital to the companies drilling and significantly impacting the forest and Indigenous peoples territories. Therefore, this new report looks at 14 U.S. and European banks providing both trade and corporate finance for oil activities across the Amazon biome. Spoiler alert: Not a single bank profiled is living up to its Environmental and Social Risk (ESR) commitments. Only an Amazon-wide exclusion will stop Amazon oil expansion and destruction.

Along with several other banks listed in the report, Goldman Sachs and JPMorgan Chase hold hundreds of millions of dollars in bonds issued to PetroEcuador (formerly PetroAmazonas), Ecuador’s national oil company. These bonds are bankrolling oil expansion into Yasuní National Park, a UNESCO Biosphere Reserve, where new roads to well sites are being carved through the forest, and bringing drilling closer to Indigenous peoples living in voluntary isolation. The company is responsible for thousands of oil spills over the last decade, and is currently at the center of a major corruption scandal that has several senior government officials and Petroecuador executives in jail awaiting trial.

JPMorgan Chase is dragging its heels on implementing sound ESR policies, including in the Amazon. It’s the biggest banker for the fossil fuel industry worldwide, and it continues to fund Brazil’s national oil company, Petrobras, which is ranked one of the largest fossil fuel expansion companies globally.

Citi, Goldman Sachs and many European banks provide revolving credit facilities (RCFs) to problematic oil traders including Gunvor and Vitol, which have been implicated in recent bribery scandals. All banks have policies in place to nominally prevent the financing companies linked to corruption, yet only view it as a business risk and do not include it in ESR frameworks. RCF’s also make it difficult for clients to know whether their money is being used to fund corruption.

Since the report was finalized, Amazon Watch investigators have learned that JPMorgan Chase and Credit Suisse, along with another bank not listed in this report,recently helped arrange the issuance of a $150 million dollar bond for GeoPark, a Chilean oil company currently operating in the Colombian Amazon that is allegedly paying paramilitary groups to ensure the continuation of its operations on and near the territories of Indigenous groups that opposed oil operations.

It’s time to start winding down oil production, halt oil expansion, and End Amazon Crude. Even the International Energy Agency (IEA), the world’s leading authority on the oil and gas industries, has delivered a sweeping call for nations around the world to stop investing in new fossil fuel supply. There simply is no room for new oil expansion.

This new report reveals that most banks continue to rely on policies that don’t curb oil expansion in the Amazon, preferring instead to influence them to slowly reduce their emissions over time — rather than divest or defund from them. The Amazon, like the Arctic, is an ecosystem that functions across political boundaries, and needs to be off limits to oil and gas extraction and the funding that enables it. Net zero pledges, false solutions, and piecemeal exclusions by country won’t get us there. The Amazon could continue to be a draw for oil financing under bank decarbonization strategies as some of the high cost or carbon intense crude is curtailed in other regions. 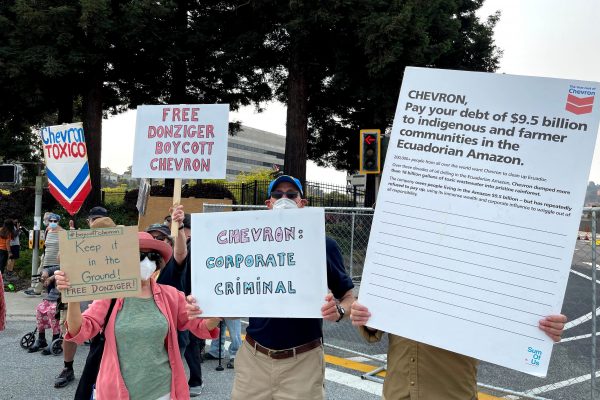