U.S. Firms Continue to Fund Network of Destruction in the Amazon | Amazon Watch 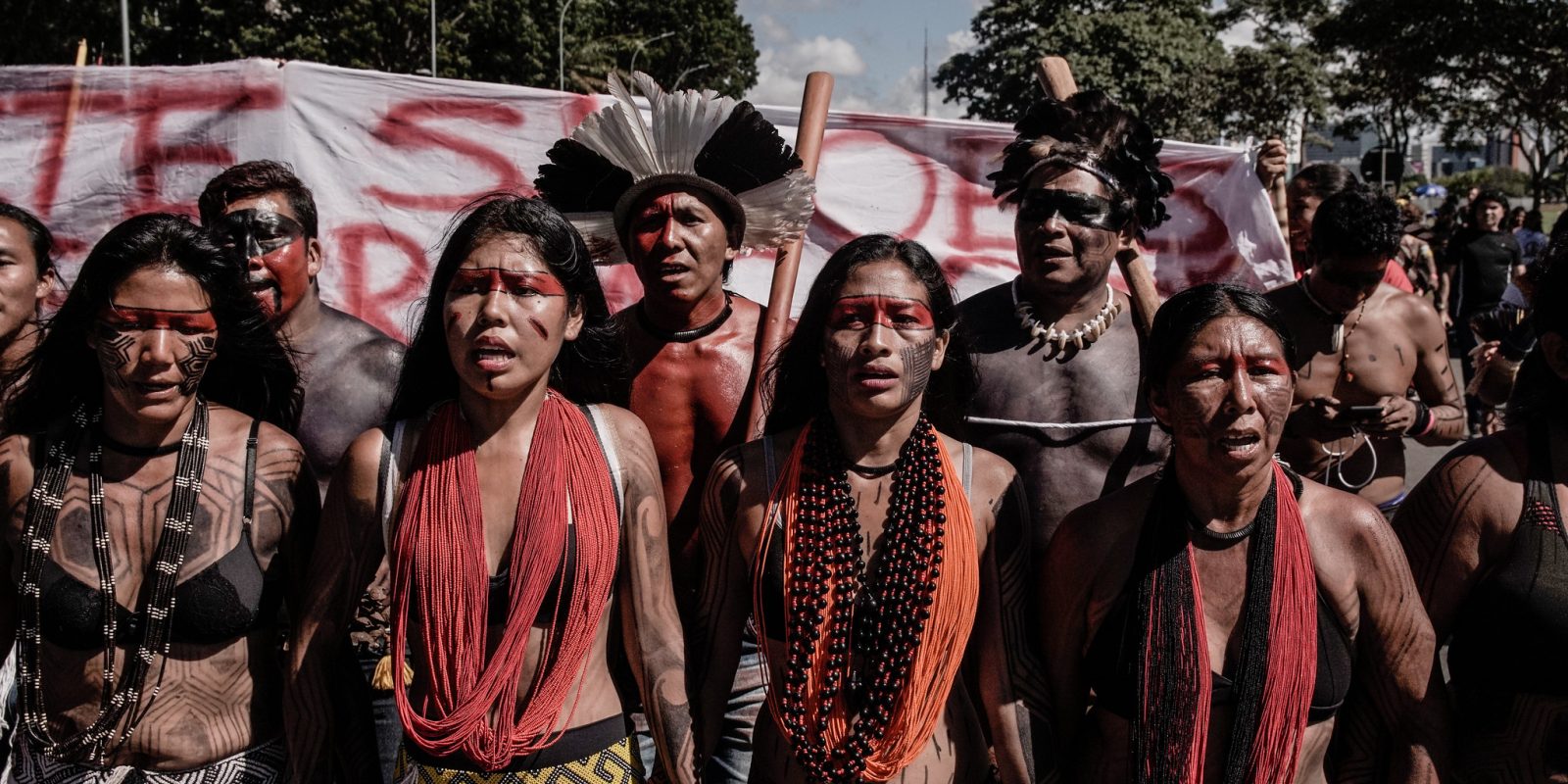 U.S. Firms Continue to Fund Network of Destruction in the Amazon

Financial giants BlackRock, JPMorgan Chase, Vanguard, among those that invested more than US $18 billion in nine companies tied to conflicts on Indigenous lands

As the Brazilian Amazon suffers its worst human rights and environmental crisis in a generation, it is logical to associate this tragedy with a government that foments chaos and destruction. Bolsonaro and his accomplices are indeed responsible for this state of emergency, yet private sector actors profiting from his assault often escape scrutiny. Given their central importance to the viability of Bolsonaro’s Amazon agenda, this complicity must end.

For the third year in a row, Amazon Watch has published groundbreaking research that links international corporations to the crisis in the Amazon. The first two reports in the series outlined how global consumers and financial institutions enable those behind local environmental and human rights abuses. This year’s edition, launched in close partnership with the Association of Brazil’s Indigenous Peoples (APIB), “Complicity in Destruction III: How global corporations are enabling violations of Indigenous peoples’ rights in the Brazilian Amazon,” tracks land invasions, violence, illegal deforestation, and other rights violations such as the obstruction of land titling and prior consultation processes.

By pinpointing Brazilian and international companies engaged in these practices from the mining, agribusiness, and energy sectors, the report also exposes the complicity of major US-based financiers BlackRock, Citigroup, JPMorgan Chase, Vanguard, Bank of America, and Dimensional Fund Advisors. Together, they invested more than US $18 billion in nine companies behind wanton environmental destruction and Indigenous rights violations between 2017 and 2020.

BlackRock, the world’s largest asset manager, continues to enable Indigenous rights violations and Amazon destruction despite being profiled in our previous report, Complicity in Destruction II. According to our research, it poured US $8.2 billion into companies such as the notorious meat-packer JBS, shady soy trader Cargill, and murderous mining giant Vale.

“The flow of foreign investments to companies operating in Brazil has expanded into an intricate international network. As these projects advance, Indigenous peoples are often treated as an ‘obstacle to development,’ and their lands are invaded, occupied, looted, and destroyed,” said Eloy Terena, APIB’s attorney. “These conflicts stem from the pressure to open new exploitative operations in Indigenous territories, leading to full-on attacks by land-grabbers and other local actors, accompanied by the systematic disrespect for legislation that protects Indigenous lands and rights.”

In a typically evasive statement, a BlackRock spokesperson responded to our claims by telling Agence France Presse: “Deforestation and Indigenous rights are critical issues, which also carry risks to investment returns. We engage with companies on these and other ESG (environmental, social, and governance) risks, and where they are not being appropriately managed or progress is not sufficient, we (as shareholders) take voting action against management.”

While this statement correctly frames deforestation and Indigenous rights as critical issues that imply risk to its returns, BlackRock omits that it has done little to address these issues. Engagement with companies is only beneficial if it fosters meaningful change. Considering the companies profiled in our report, such change would entail enforcement mechanisms. Since 2012, BlackRock has had sixteen chances to vote in favor of shareholder resolutions, a key investor enforcement mechanism to stem deforestation, but it did not. It exercised its power to do so only once when it recently joined other shareholders to demand that Procter & Gamble increase transparency efforts to address deforestation and forest degradation in its supply chains.

While this vote was an important step, it was an outlier and not based on a new measurable policy. It cannot be claimed to represent the company’s future intentions, but it demonstrates how organizations like APIB and Amazon Watch are building power to push BlackRock to act.

Asset managers claiming to “engage” with companies while lacking transparent policies to guide their standards, timelines, and enforcement mechanisms to ultimately hold delinquent companies accountable fails to address risks to Indigenous rights, to forests, and to investor returns. For this reason, we’re calling on BlackRock and its peers in the global financial sector to immediately institute meaningful and transparent policies that would bar future investments in bad actors like those profiled in our report as well as in the Amazon’s oil sector, where they’re also major investors.

APIB’s and Amazon Watch’s case studies – which were assembled by the investigative journalists of Brazil’s Eye on the Ruralists – tell stories that are emblematic of today’s Amazon. Where major mining companies like Vale and Anglo American eagerly await the gutting of Indigenous land rights to prospect on native territories. Where agribusiness giant JBS sources cattle raised illegally on Indigenous territories and Cargill does business with soy producers occupying non-titled Indigenous lands. And where energy company Energisa Mato Grosso electrifies the settlements of squatters on native land and Equatorial Energia Maranhão promotes violent conflict with Indigenous people.

The financial backing of these companies by the six institutions exposed in our report have grim real-world impacts. Both the data and evidence we gathered cannot be explained away or denied by their spokespersons, even though companies such as JBS and Cargill depend on this strategy to avoid accountability.

The Bolsonaro regime has fiercely resisted calls for reform from both Brazilian citizens and the international community with one exception: markets. His regime has repeatedly scrambled when Brazilian export markets or foreign financial flows are jeopardized by its reckless actions, desperately attempting to frame itself as responsible. It’s precisely on this leverage point where Complicity in Destruction III applies pressure, by targeting the global financial leaders that could moderate Bolsonaro’s plans by either placing rigorous socio-environmental conditions on future investments or simply refusing to back the corporations benefiting from the regime’s rollbacks.

As the Amazon rainforest smolders from another disastrous burning season and its Indigenous communities face spiking violence and land invasions incited by a racist president, we must stand in solidarity with Brazil’s grassroots resistance. Amazon Watch’s and APIB’s innovative reporting does just this by helping the country’s National Indigenous Movement to shine a spotlight on the pivotal role of global finance in shaping the future of Brazil’s human rights and environmental landscape.

The onus has now been squarely placed upon leading financial institutions to use their clout to stem today’s crisis for our collective benefit. The time has passed to explain away the catastrophes enabled by their portfolios. They must now take measurable steps to prevent the next tragedy.