Statement: Solidarity with Indigenous Uprising for Economic and Climate Justice in Ecuador

Last night, President Lasso deployed armed forces to round up leaders of the Indigenous movement and members who have taken to the streets in protest of economic injustices, rights violations, and the extractive policies of the government. The mobilizations were declared on June 13, after months of civil society demands that the government address increasing economic disparities amplified by the global pandemic. Ecuador’s constitution provides the inalienable right to protest and resist, the actions unfolding over the next few days will be a test of Lasso’s respect for the country’s institutions.

The Confederation of Indigenous Nationalities of Ecuador (CONAIE), has since reported that their president, Leonidas Iza, was detained in a midnight operation by unidentified police or military agents in the Ecuadorian Sierra. Several hours passed with the charges leading to Leonidas Iza’s arrest still unknown. Iza’s location was disclosed at noon today after a video circulated on social media showing the leader getting on a helicopter and transferring him from the Pastocalle Police Station, in the province of Cotopaxi back to Latacunga, where he was detained.

Sofía Jarrín Hidalgo, Ecuador Advocacy Advisor at Amazon Watch issued the following statement: “We need a just transition away from all fossil fuels. The increases in the cost of living are not unique to the United States. The entire world is feeling the economic injustices, even in the Amazon. We denounce the excessive force being deployed against civil society protests and we are in solidarity with the Indigenous communities demanding action from their government. We also condemn the illegal detention of Leonidas Iza.

“Indigenous communities have the right to protest and not be attacked by police. President Lasso must respond to their demands: no more mining or oil extraction expansion. Expansion not only goes against scientific consensus to avert the worst of the climate crisis, but it would also send Ecuador into a greater debt spiral, at the root of the issues Ecuadorian civil society is protesting today.”

Kevin Koenig, Climate and Energy Director of Amazon Watch issued the following statement: “We are witnessing a human rights crisis being escalated by the Ecuadorian government. Other countries, like the U.S., rely on oil commodities from Ecuador and must speak up for human rights and end their complicity as consumers. We call for justice and demand that Iza be released.”

We are concerned about the situation recognized by the Attorney General’s Office, which ignored Iza’s arrest in the first hours. According to these accounts, Leonidas Iza has been illegally and arbitrarily detained, carried out through the abusive use of government force. The Indigenous leader was held incommunicado for at least four hours. Subsequently, he was transferred without a court order to the Latacunga maximum security prison. 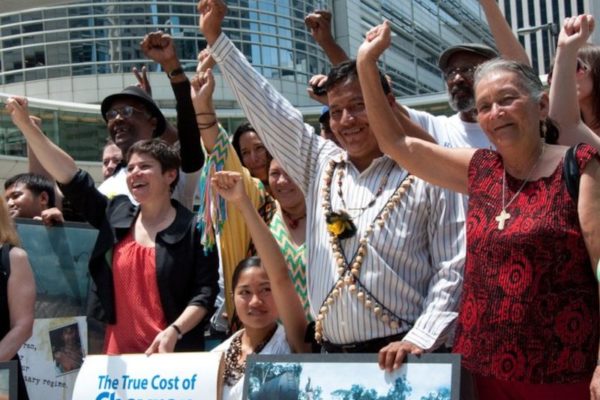 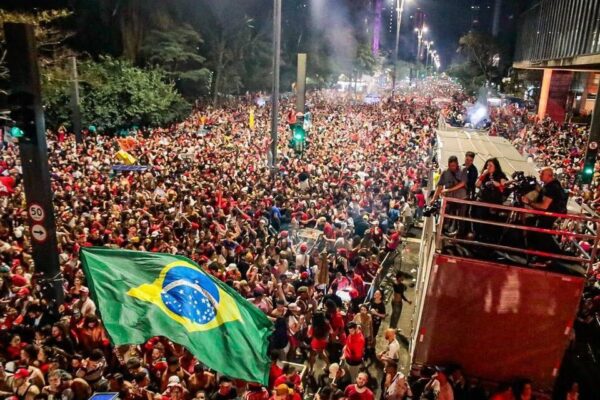